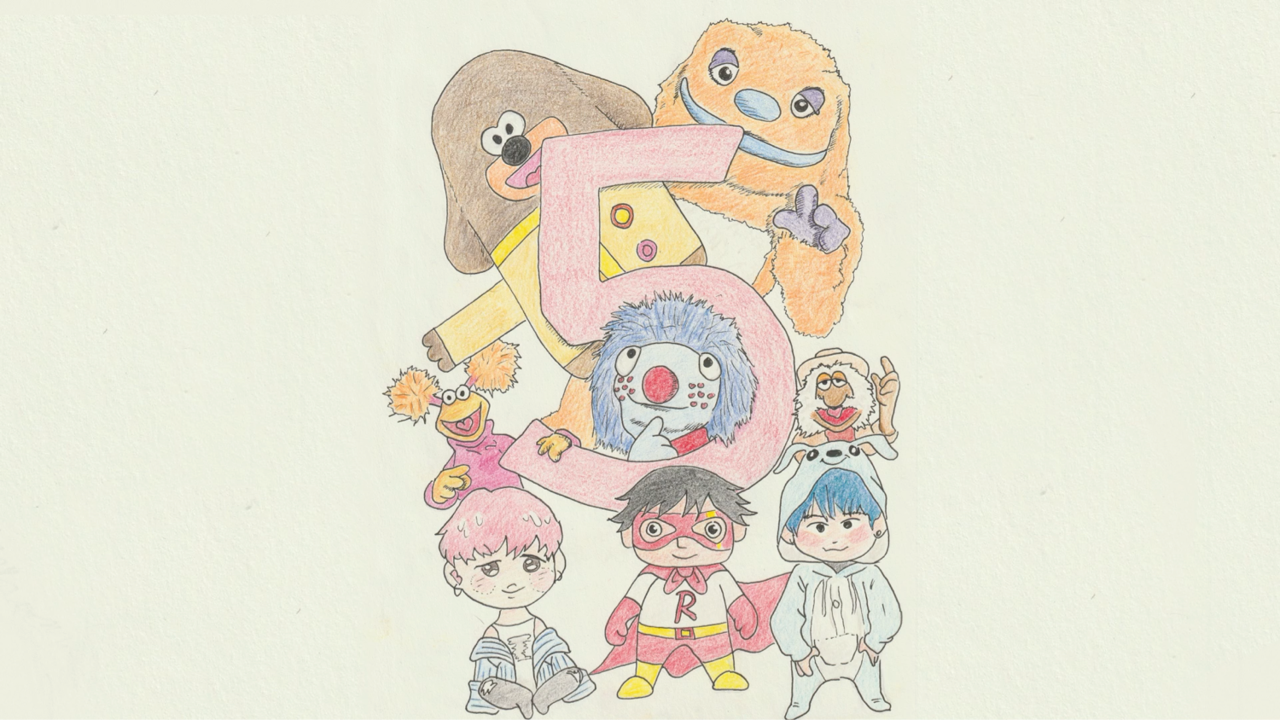 Last week it was my son’s Birthday and I was able to continue a tradition that I have stolen from my late Father. Growing up, on the night before my birthday, my Dad would sneakily take my colouring pencils and make my birthday card while I slept. He would draw a character or something I particularly liked on the front and then leave a typically funny Birthday message that only Dads find funny. I have a vivid memory of a custom Sonic the Hedgehog card with a speech bubble saying Happy Birthday.

Now of course this tradition could simply have been born out of necessity. Perhaps one year my Dad simply forgot to buy a card and out of desperation scribbled Sonic the Hedgehog hoping I wouldn’t notice the cheap A4 printer paper.

**Nevertheless it stuck with me.
**

When it came to his first birthday, trying to create a card with a character was particularly troublesome. His overall hobbies pretty much consisted of eating, pooing and crying. However there was one thing he was infatuated with. The vacuum cleaner. The loud noise, the suction, the retracting cable, the hidden brush compartment… I think he loved the vacuum cleaner more than me. 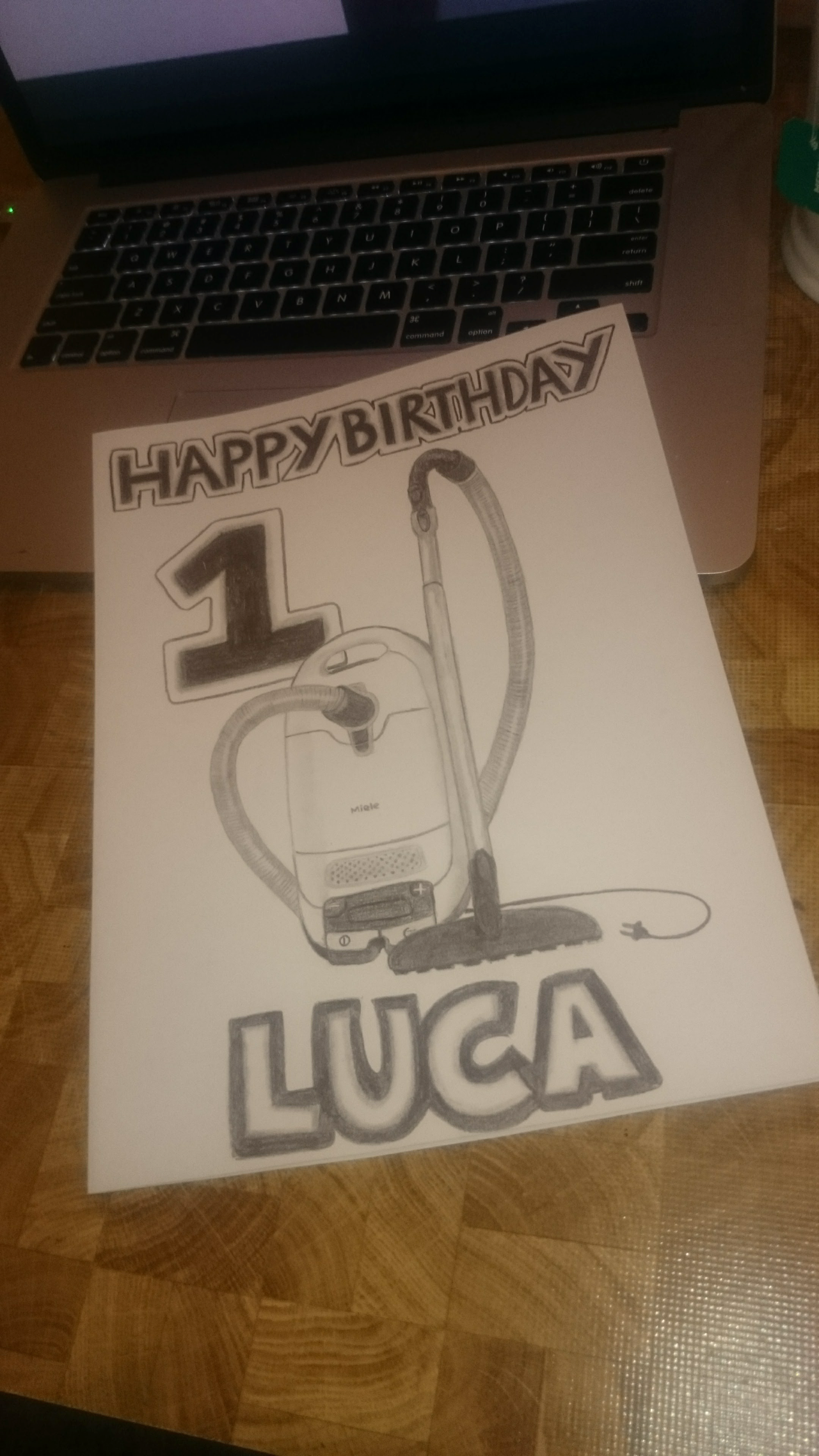 Around this time my son was infatuated with water, in fact he still is today. He would happily sit in the kitchen sink and turn the tap off and on, and off and on again. God help our water bill. Like a mad scientist he filled up bottles, cups and tupperware till the frothy water spilled over, unknowingly re-enacting Pompei engulfing any unfortunate cutlery that lay it’s path.

For this card I chose to immortalise the running tap spilling over the number 2. When I look back at this drawing I regret not spending more time on it. For his second birthday I tried my hand at baking a cake. A chocolatey slab of goodness. The first (and subsequent last cake to date) that I have made. All the love went into the cake leaving only scraps of affection for the card, which was made hurriedly and last minute. 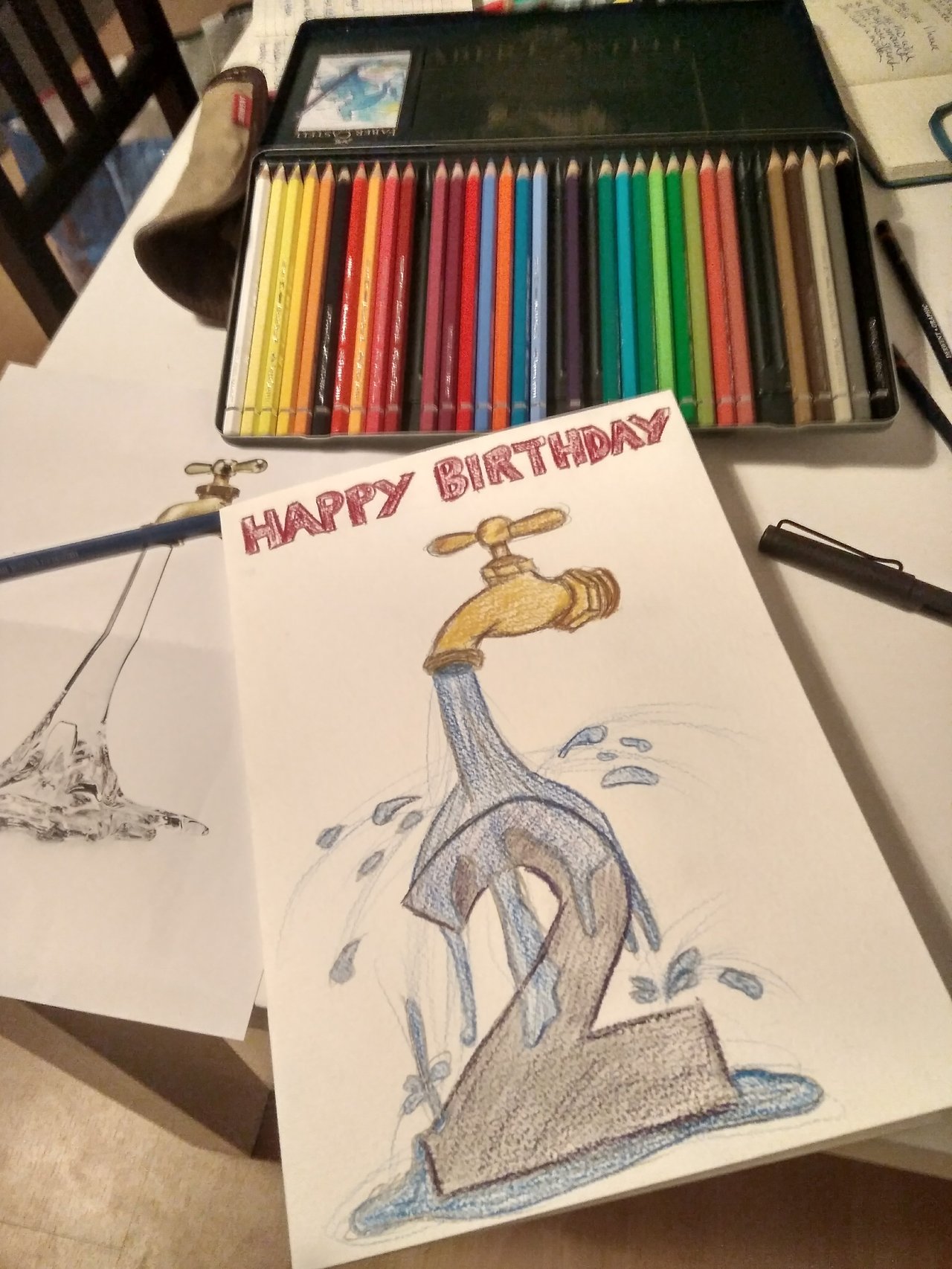 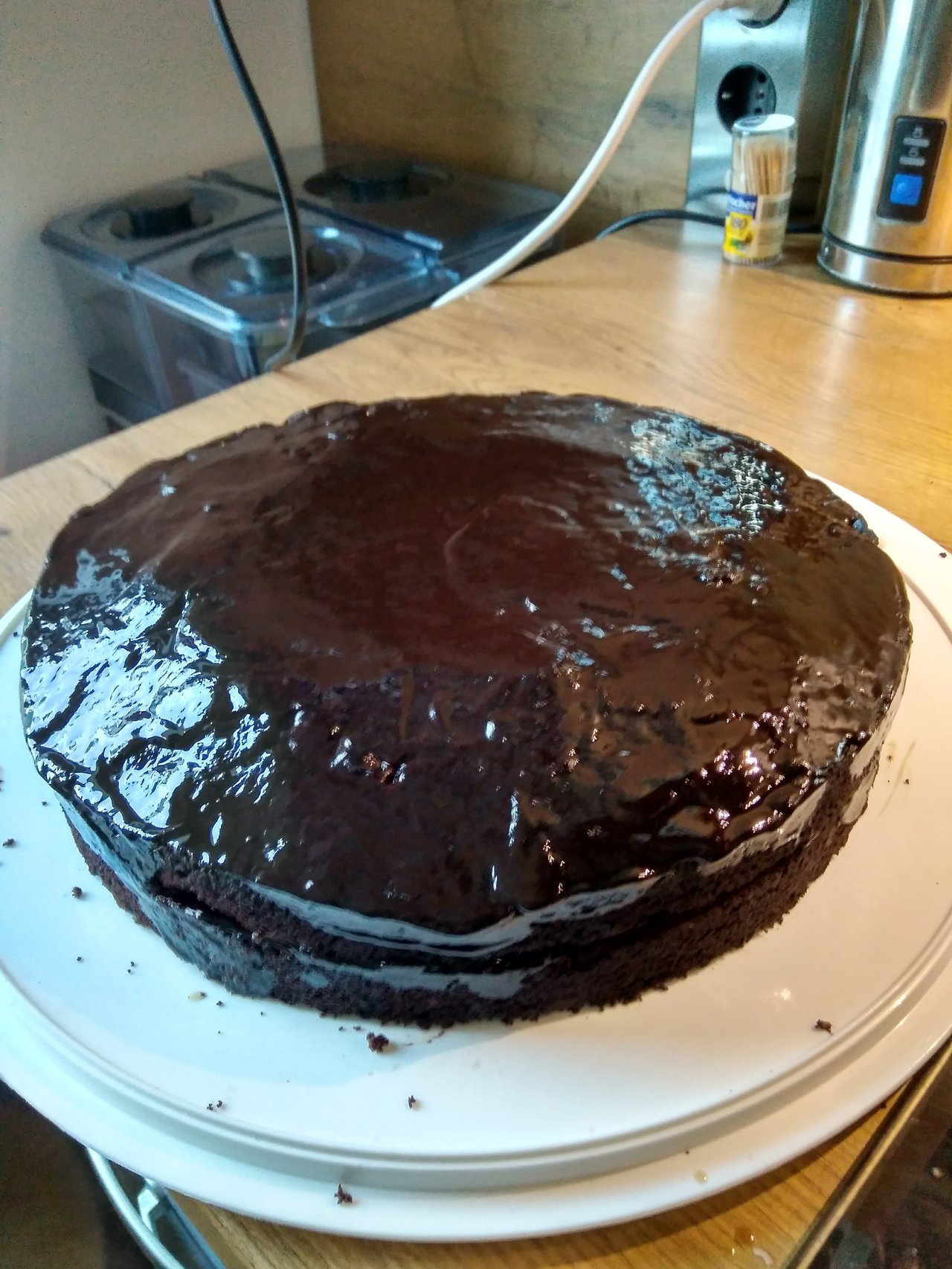 His third birthday was a little easier to accomplish. By this time he was obsessed with Peppa Pig. Growing up bilingual, finding a children’s program which could be found in both English and German was really a blessing. Regardless of what language he is watching it in, to watch him belly laugh when Grandma Pig screams after being woken up by the kids early Christmas morning is something to behold.

Accompanying the number 3 are two ice creams. What kid does not love ice cream? However, as he is coming from a patchwork family, it’s not always clear who has given him ice cream already and when. Top that off with differing levels of discipline and you really have an ice cream monster on your hands. I’m talking full meltdown because someone refused to give him ice cream for breakfast.. that someone being me. “How can I be the bad guy for not giving you ice cream at 7 in the morning?” 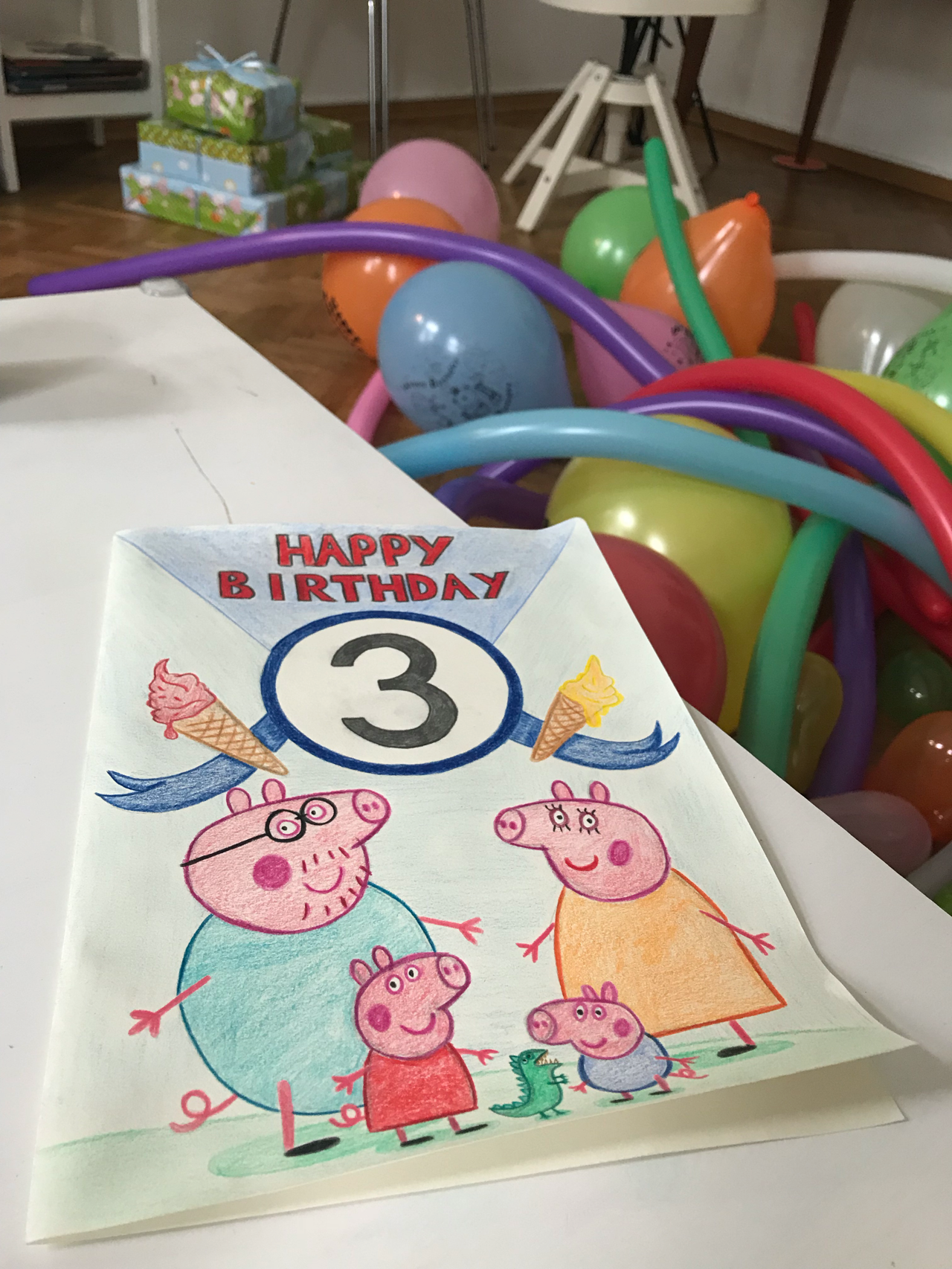 **4th Birthday
**When my son turned 4 came the time that I broke the Birthday card run and was unable to make a card in time. In this period of my life I was one month in looking after him solely and I just had to take the “L.” As the saying goes, choose your battles wisely. I chose not to add another straw to the camels back and promised I would double the effort the next year.

Which brings us to...

****Birthday No 5
****There were too many things to add to this card! So much so that I worked till 4 in the morning on the eve on his birthday, knowing that his excited little self would be up early and hunting for presents (which was 5am should you want to know.) It included characters from Helpsters and Fraggles from the Seasame Street workshop, Ahhh breathe in the wholesome goodness. I threw in a drawing of Duggee and two members of the boyband BTS (see this blog for more) oh and Ryan, from Ryan’s world.

If you are running around in the morning trying to get breakfast on, whilst simultaneously trying to put out clean clothes for your kid and yourself whilst trying to put dirty dishes in the dishwasher with your remaining feet. Do not give into temptation and put on Ryan’s World to give yourself a little space. All it does is give them inspiration for a billion more toys that they don’t need and the sudden urge to pie you in the face.

Seeing the wonder on his face when he saw his card for the first time made the lack of sleep worthwhile, and only strengthened my resolve to keep this up as long as I can. 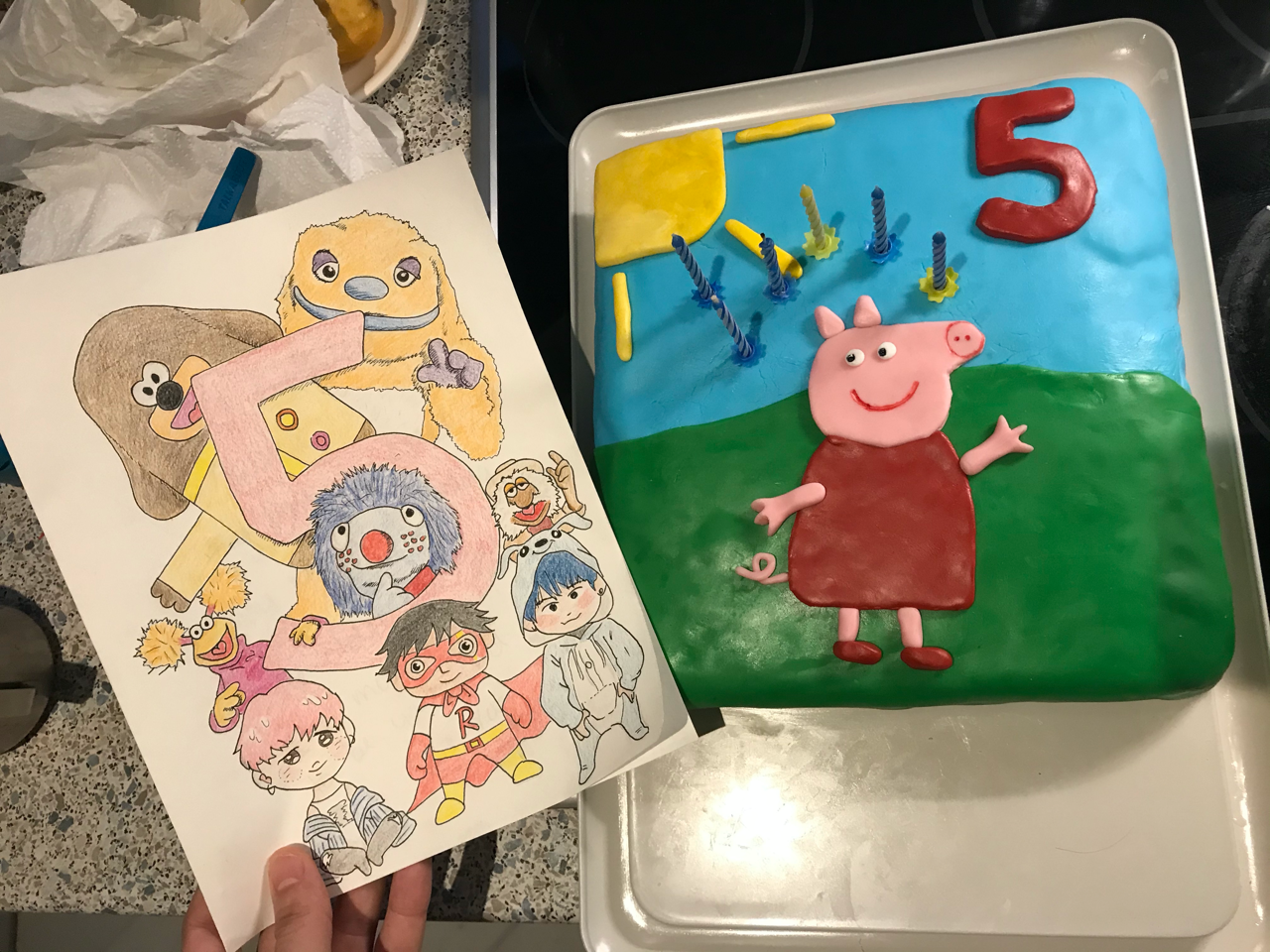