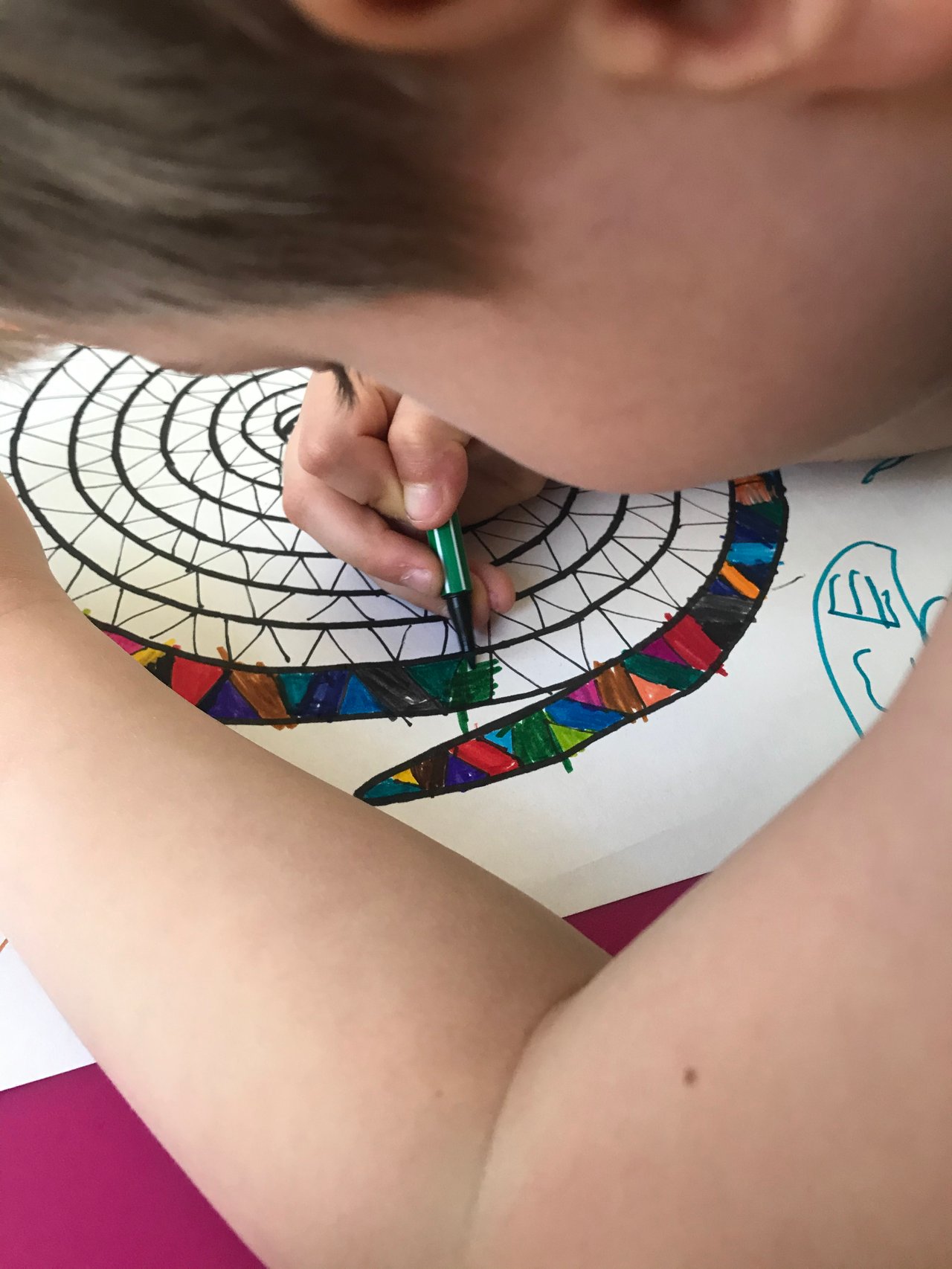 With the current Coronavirus Lockdown here in Austria, I am struggling to find the balance between looking after my four year old and trying to work from home.

Being able to work from home first consisted of re-establishing naps during the day which we just transitioned out of, and then fitting in work while he sleeps in the day and the night.
However, that doesn't cover times in the day where I need to work or have a work video meeting and he is struggling to play or do an activity on his own.

Being around each other 24/7 you would think he would be tired of my moaning and want to be as far away from me as possible, but it seems to be having the opposite effect. He is a little more clingy, which is lovely if you want a cuddle, but if you are trying to have a video conference with work and he is climbing all over you like a mountain goat, it’s a little stressful to say the least.

I have been trying to come up with little creative projects which will keep him busy: some work, some don’t.

“We” (I say we in the sense that I did most of it and he watched and asked if I was finished every 5 minutes) built a fully cardboard version of the Code-a-pillar which looks great on Instagram but he barely played with it. 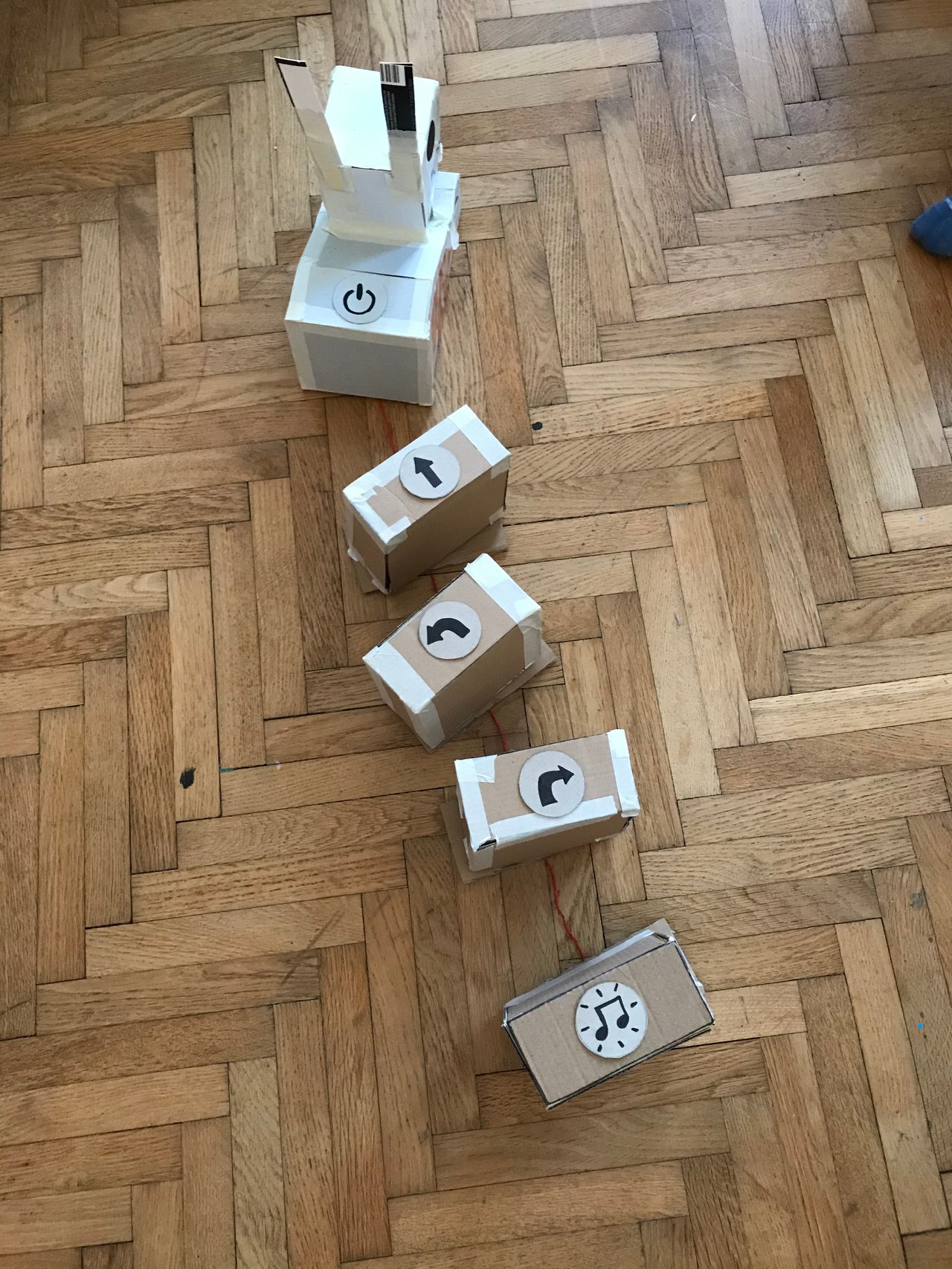 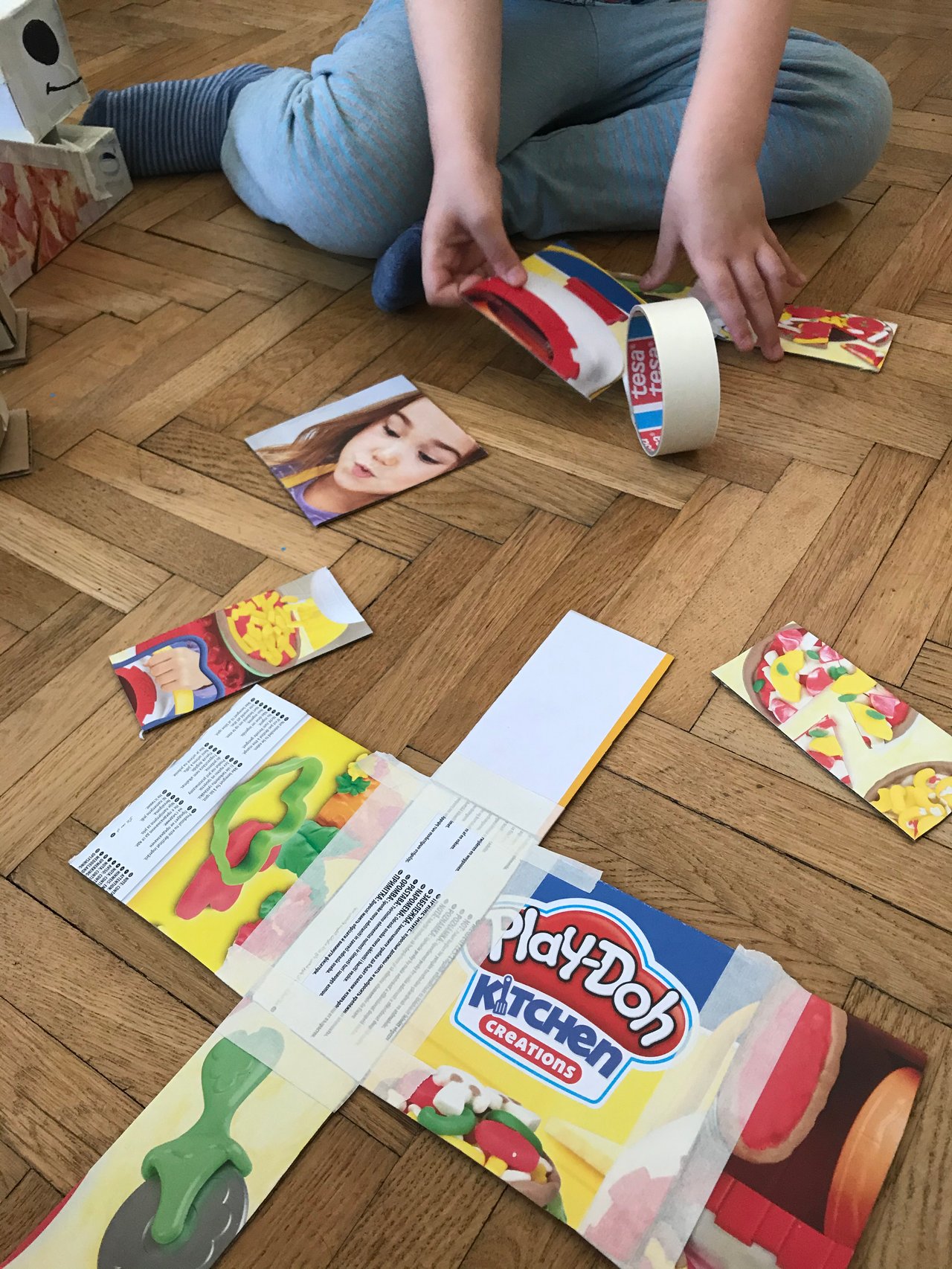 I thought I would post my attempts at these projects, give you an idea of how long it took to make and how long he was immersed in playing with it.. if in fact he did at all. If I can give you a break for half an hour it will put a smile on my face. 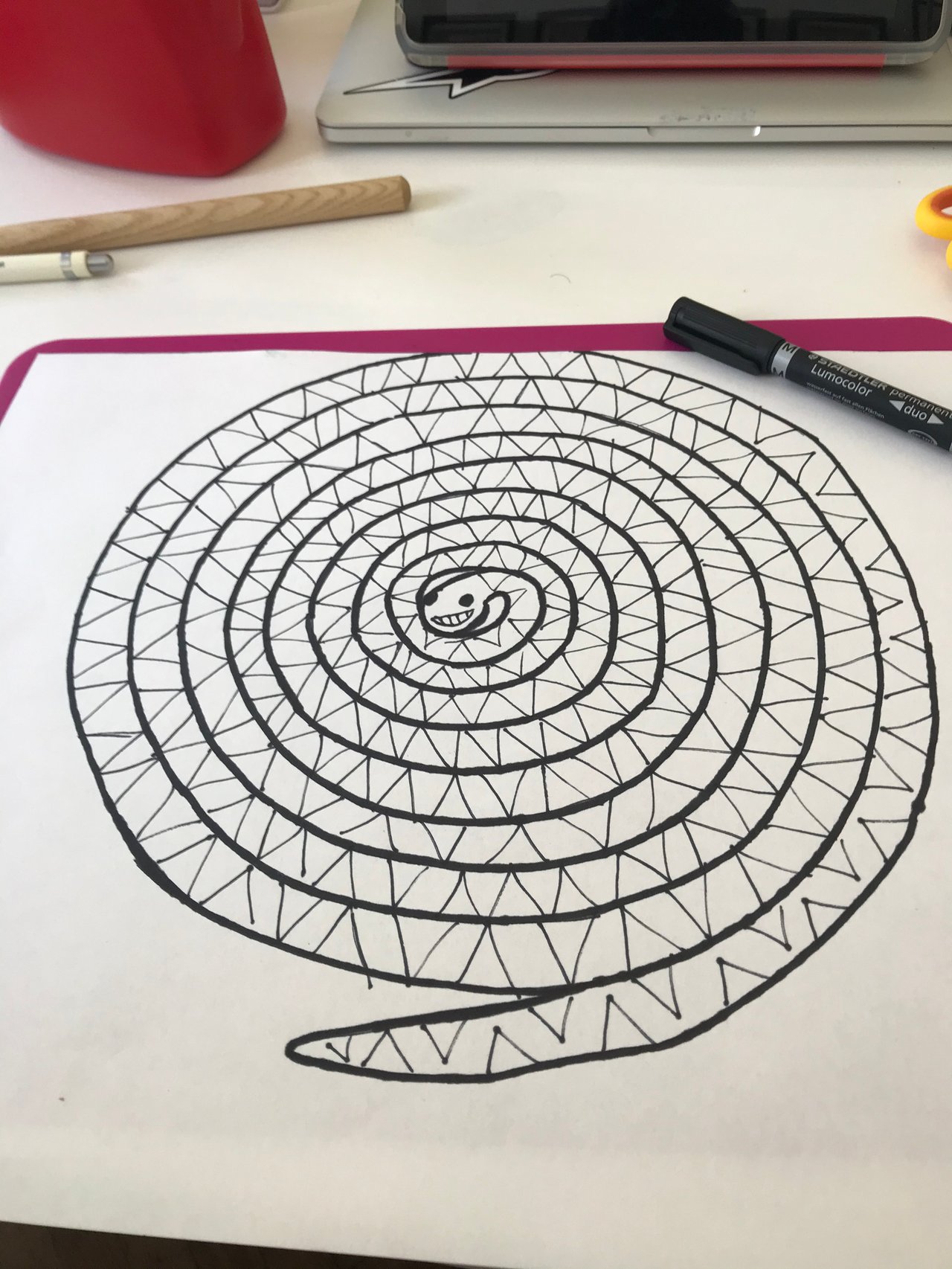 The original concept came from a Gruffalo activity book, there was a paper twirler in the form of the Snake, you colour him in, cut him out, hang him up.. brings instant joy.

So first I drew the snake with him and he watched and attempted to draw one too. Then I made as many triangles as I could and told him he had to colour each one a different colour. Thor’s impossible Trials comes to mind. 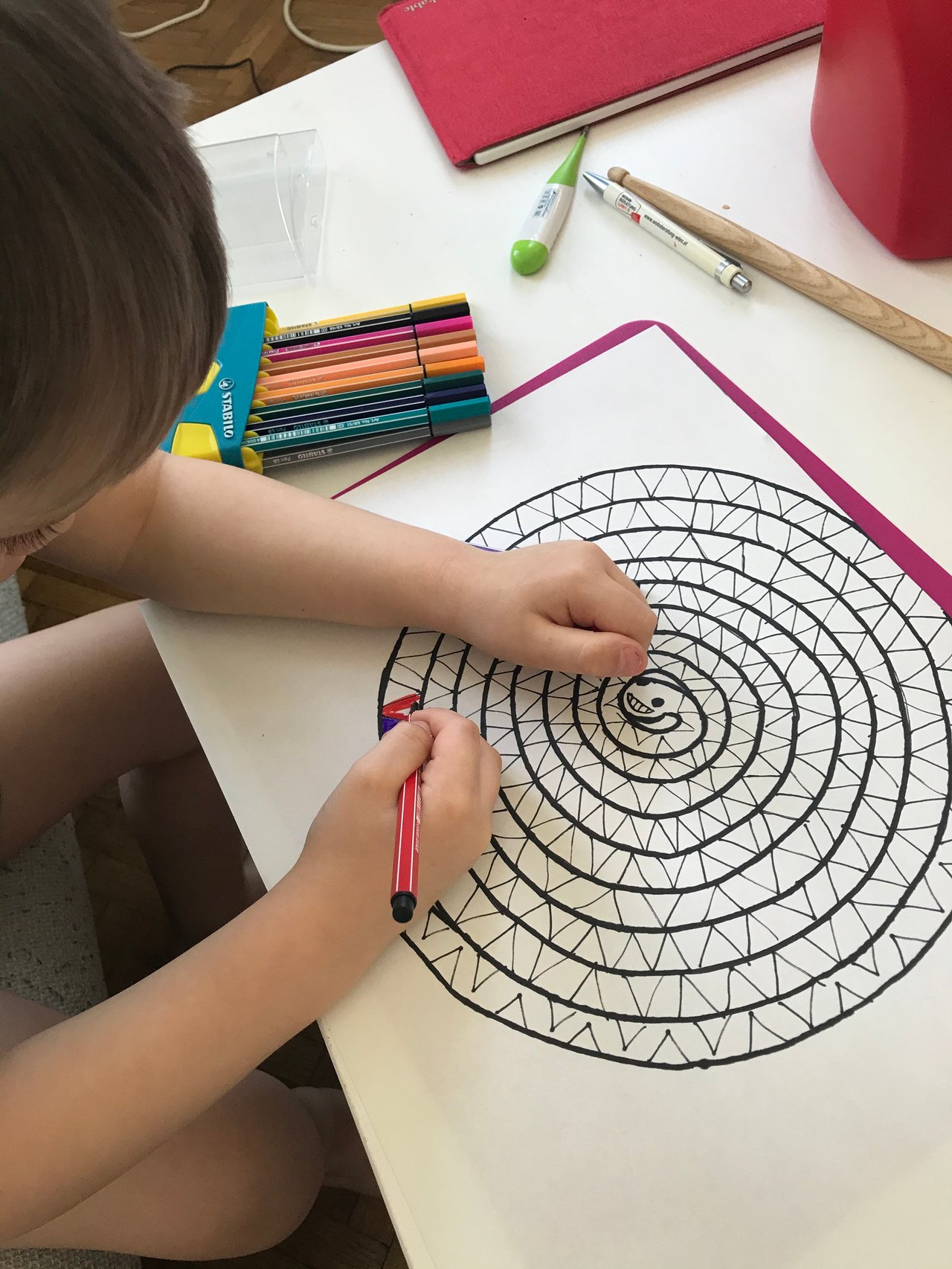 In the beginning after using every coloured felt tip we owned he gave up and said it was impossible. Fear not I found a solution.. we made a game of the recycling of felt tips. With two containers either side of the drawing he took one out, coloured in a triangle then put it in the used container, ensuring he didn’t use the same colour twice. When the “used” container was full he then shouted “Reload” like a two man machine gun and I had to run around and refill the “To Use” container. 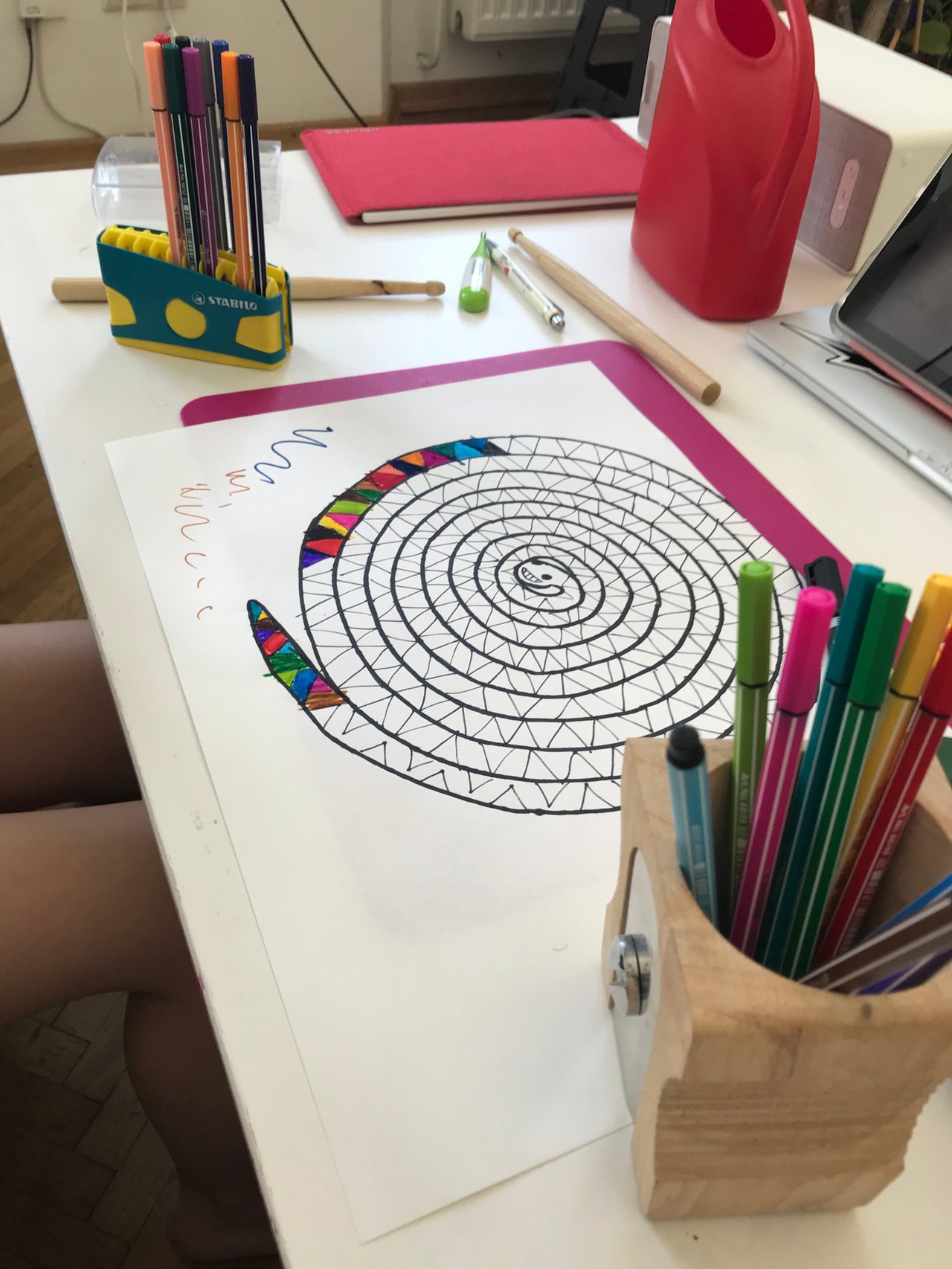 The colouring alone managed to keep his attention I think for at least an hour in around two half an hour stages. For my boy that’s pretty incredible. 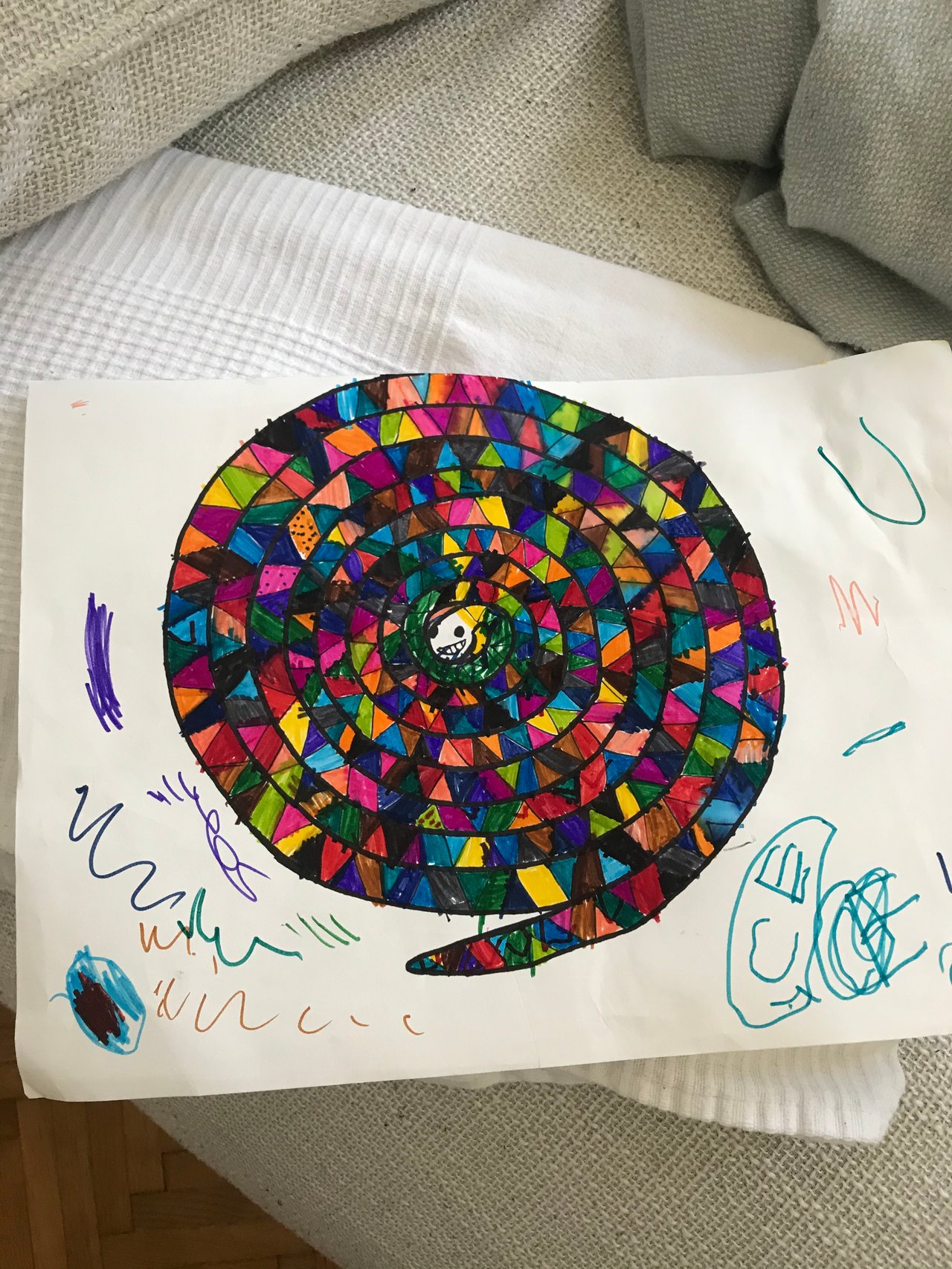 He loves working with scissors and my idea was to let him cut it out.. but after witnessing how long he spent making it I decided it needed a little more care and did it for him.

We hung it up on our living room light and it stretched out all the way to the floor. I think it’s a little too big and the paper not rigid enough but it looks nice.
It now lives on a little plant hanger screwed to our 3m high ceiling above my work space and constantly flicks me in the face while on my computer. 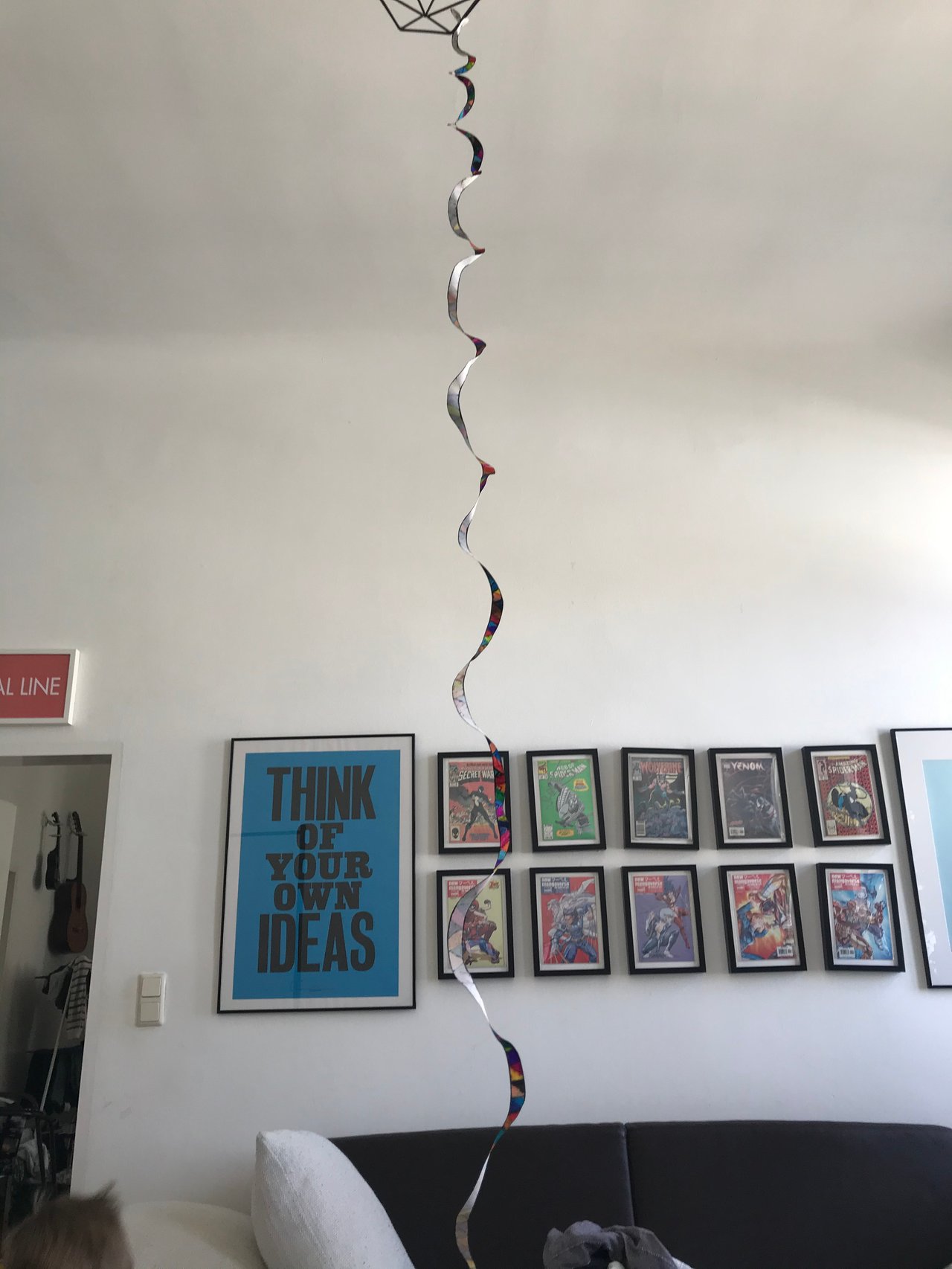 I thought I would create a pdf version of the same snake (but a little smaller) that anyone can can download and let their little monkeys give it a go!

If you do please feel free to send me the results, i'd love to see them!

⇦ Discover more of my work