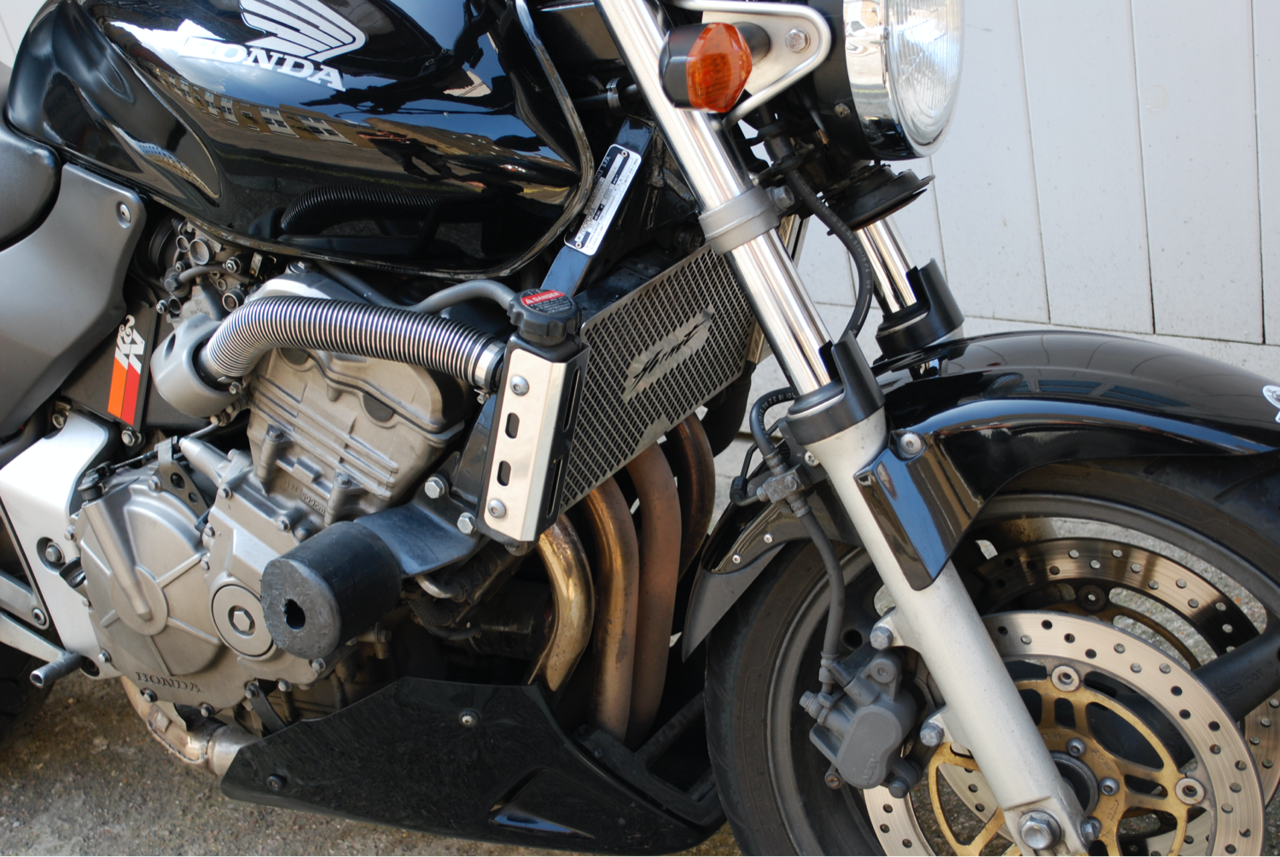 Another year passed and I felt it was time to get round to getting my license and ditching the L plates. I took a four-day Direct Access course on a Yamaha XJ6 at Advantage Wimbledon and passed first time. Boom Baby! 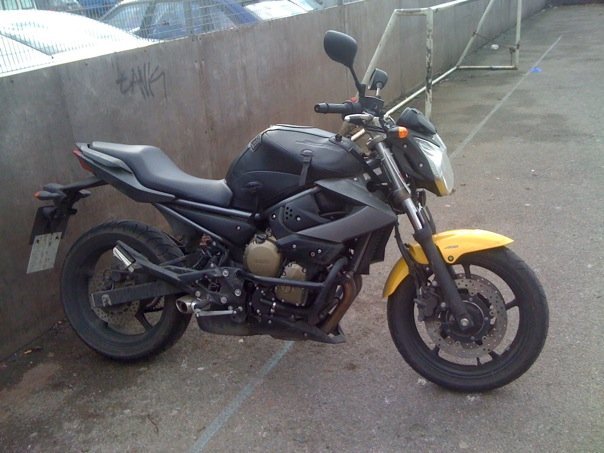 First thing I did was take the plates off and throw them in the bin. Stupid move in retrospect, within a couple of days I was pulled over by the police for not displaying L plates. FFS, the system had not been updated and I was being flagged up as a provisional rider. I didn’t have a license on me as I was waiting for the pink to come through the post and the police didn’t believe me. Although it was a great excuse for being late for work.

After all that had resolved itself it was time to find a new toy.

I love spontaneity. The first thing I did was try and get the fastest bike I could think of. The Yamaha R6. I found a tidy second hand R6 for sale and eagerly went down to see it. It was beautiful and I fell in love with it when I took it for a test drive. Compared to my ever so powerful 11bhp Sayuri this thing was like sitting on a lightning bolt, all 118bhp of fury.

Now the thing with spontaneity is that you don’t really think that maybe a young’n who has just passed his test should be looking for a R6 for his first big bike. That’s exactly how the insurance companies viewed it. Nobody would touch me with a barge pole. They only saw two possible outcomes with me having that bike. I’d either crash it or it’d get stolen. I went home deflated, and having to drive home on a CBF125 after playing with an R6 only added to the dejection.

A couple of days of searching and I then found a Kawasaki ER-6N. I thought it looked cool. I saw an ad online for one which was bright yellow and it reminded me of some kind of mutant bee. Alas it was not meant to be. I drove all the way out to have a look at it and someone’s only gone and put a deposit down the day before.

What was going on? Surely getting your first big bike wasn’t meant to be this hard.

Again I sulked back home but this time I drove past a second hand dealer and thought, meh, let’s see what he’s got inside. And there it was; All the other bikes on sale were on display outside the shop. This one was hiding indoors, like a caged animal that needed to be kept away from the rest. 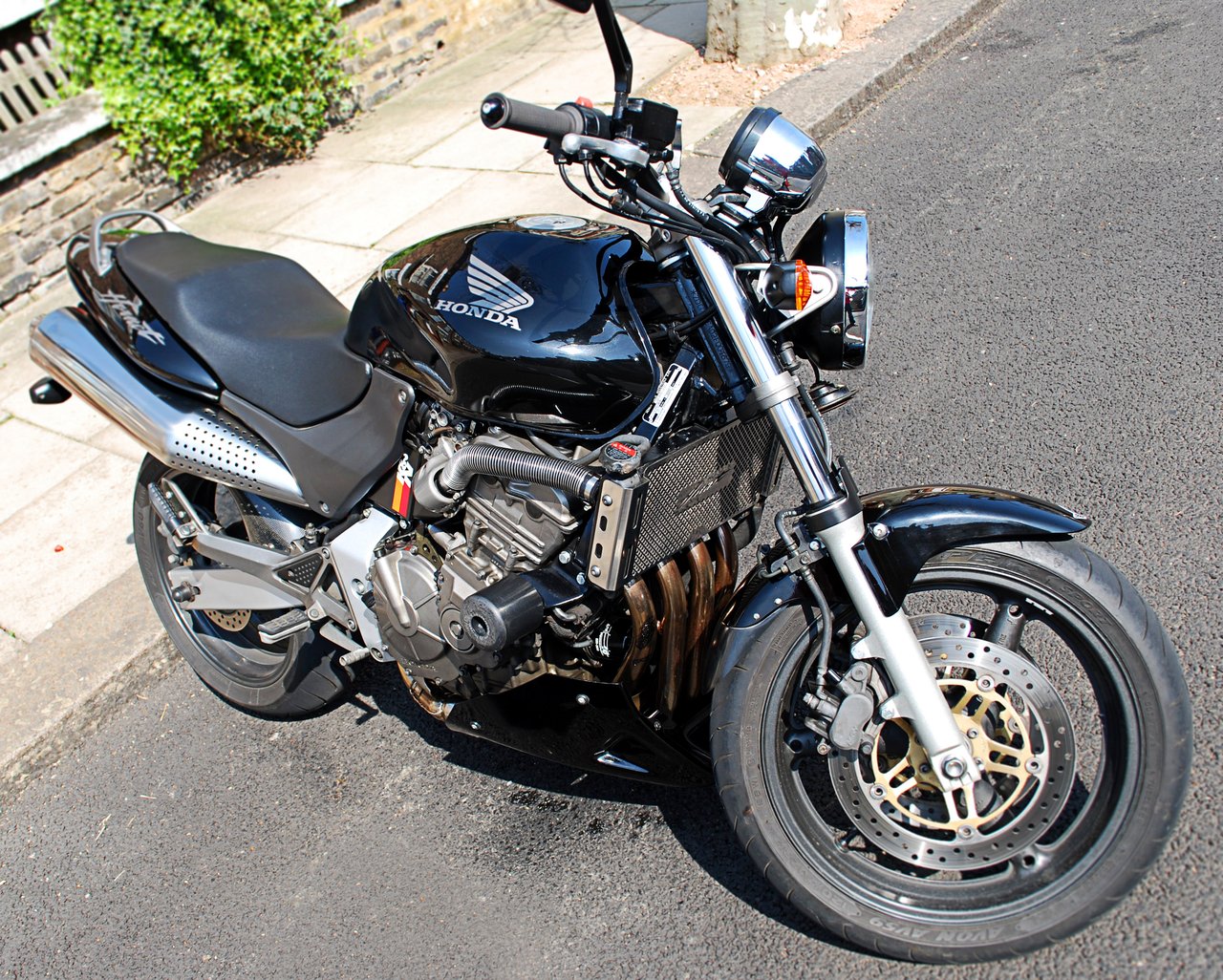 “ha ha you went to look at a ER-6N, it’s a nice bike but you’d be bored of it within a month” the owner of the bike shop chuckles at me. “Now the Hornet, shit loads of fun and it’s bulletproof”

And oh how he was right.

I can still hear the roar of the engine when he started it up for me. It was a jet black beast, I named it “Bagheera.”

The Hornet really opened my eyes to the world of bikes. The previous rides were merely a means to get to and from a place, the Honda made me find excuses in order to ride.

I remember in my first week of having it and needing to post a letter, which was a 5 minute walk from my house. I drove. But first I needed a stamp, and of course not any stamp would do. I drove 15 miles around London and back to get it, then drove back to the letterbox by my house and posted the letter, missing the postman’s pickup.

**Riding was becoming an addiction.
**

When was the last time you really grinned ear to ear, like when you were a child? It was like that every time I got on the bike, the perfect way to start and finish a day.

There’s so many memories that I’m grateful for that the Hornet brought along with it;

• Driving along the Thames, the sun reflecting off the river, a beautiful girl nuzzled up behind me.

• Being part of a swarm of thousands of bikes riding down to Hastings on May Day.

• Kitting out the bike with green neon lights and looking like a complete tool.

• Driving around in the snow, learning how to use my feet as sleds.

Out of all of these I think the most memorable had to be my first crash at speed. I still use it today as a reminder when I’m maybe pushing it too hard or doing something stupid. It helps keep me in check!

After about 7 months riding the Hornet I started to get cocky, and that’s probably the most stupid thing you can do on a bike. You need to respect the fact that you are vulnerable on two wheels, despite how good or invincible you think you are. The moment you forget that, the bike will chew you up and spit you out on the road.

I was driving hard in the rain and went into a turn too fast. One minute I’m leaning into the corner with a cocky smile on my face, the next I’m watching my bike skid down the road in slow motion. I lowsided.

I remember skidding down the road and yet clearly thinking to myself “I need to stand up.” Now when you’re skidding at around 50 mph on your arse, you don’t really want to try and stand up. I ended up rolling around like a ragdoll and then the face of my helmet dragged along the concrete finally slowing me down. The sound of the crash at the end of Cool Running’s comes to mind.

Now remember the part about the bike being bulletproof? The bike had £10 worth of damage to it. Thank god for crash mushrooms. Me on the other hand, ruined my leather jacket, my gloves, helmet and oh yea the iphone which was in my back pocket.

I use it every now and then as a coaster for my cup of tea.

I call it a good crash. Nobody got hurt and the bike didn’t really receive any damage. Do you remember your mum giving you a smack when you did something stupid. That was my smack, an incentive to“stop riding like a knob” 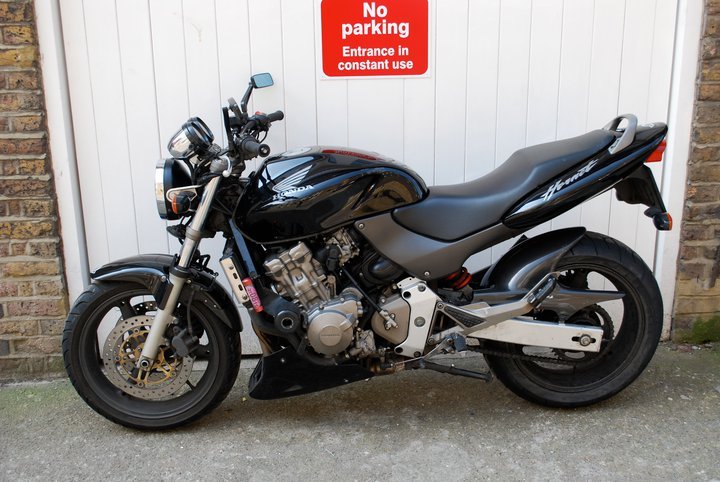