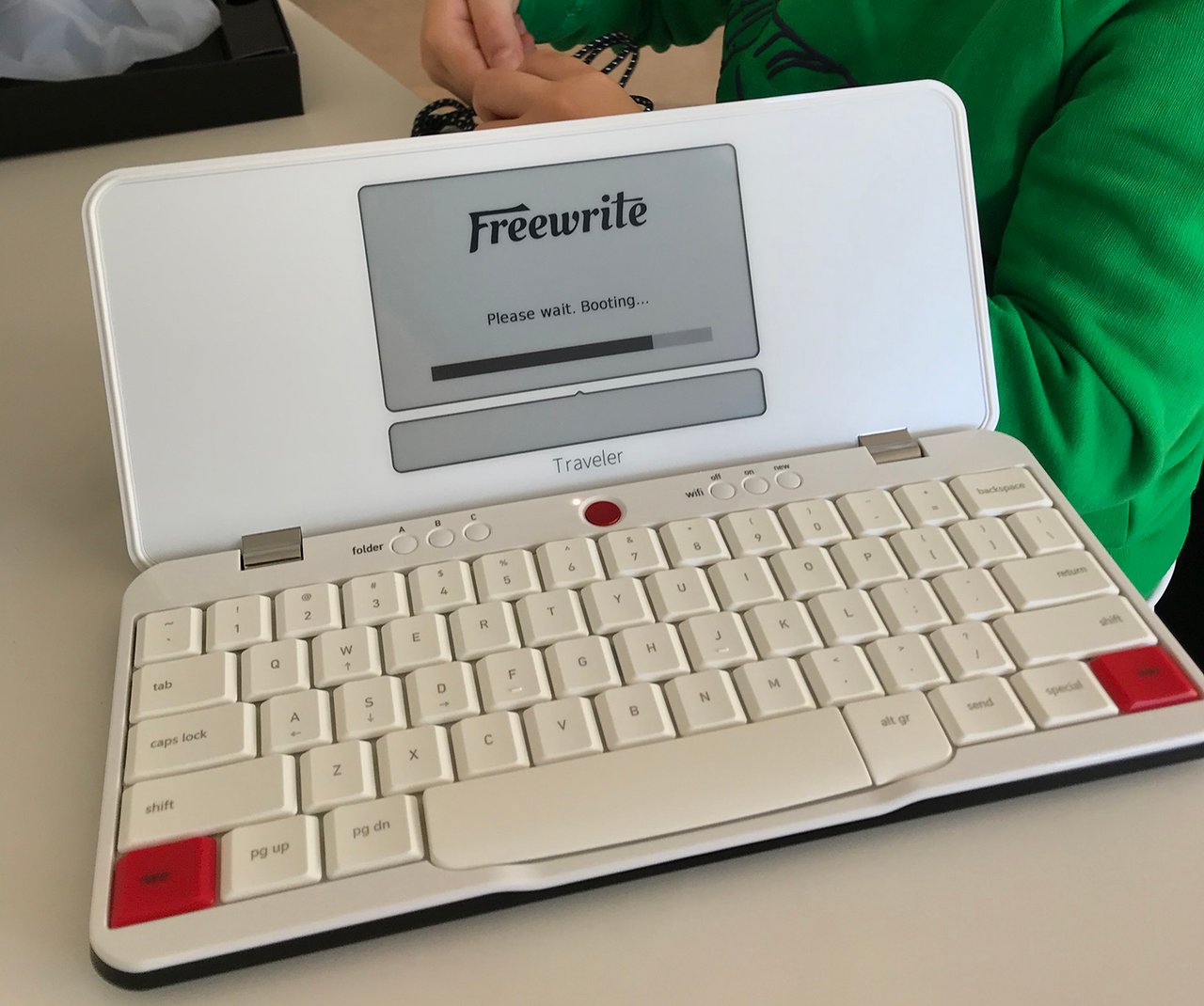 I slowly pressed the knife through the packing tape and under the lip of the cardboard, ever so careful as to not penetrate too deep. The blade slid through the plastic effortlessly, releasing the two cardboard flaps that had been taped down, springing up like two outstretched arms inviting me to embrace what lie within.

Sandwiched in the box between two blocks of foam lay the packaging for the Freewrite Traveler, it's name emblazoned alongside it's depiction with the accompanying tagline **“The Laptop for Distraction-Free Writing.”
**

I freed the box from the clutches of the foam buffers and looked it over from all sides as though studying a Rubik’s cube. One of the long edges of the box was inscribed with the sentence “The perfect writing tool for your...” and was followed up with some illustrations of books, movies and newspapers. My finger tapped on the illustration for Blog as the words “Yes it is” escaped through my lips as they formed a smile.

I flipped over the box again in my hands and found a little red button on the side inviting me to push to open. My finger was met with resistance and a childlike disappointment when nothing happened. On the other side I found some camouflaged packaging stickers that needed to be sliced open in order to free the Freewrite. My finger pushed again and the box slowly slid open as I let out a breath of anticipation.

As the small opening grew larger I peered through the gap in the hopes of first laying my eyes on the treasure, resembling Howard Carter peeking through the cracks of Tutankhamun's Tomb. The Freewrite Traveller lay wrapped in a sarcophagus of plastic that I eagerly removed like a tomb raider.

Light traversed the shiny black surface of the case and a glint of light drew my eyes to the silver Freewrite badge. It oozed elegance and class like the enclosure of a grand piano. With a sense of reverence I carefully placed the Traveler, my Traveler, onto the table and opened the clamshell revealing the white keys of a full-sized keyboard with accents of red.

I found the Eink display nestled behind a sheet of protective foam. The combination of the screen and the keyboard simultaneously gave off retro and futuristic vibes, as though I just watched a floating Old-timer Cadillac hover past me.

Before I had a chance to turn the device on, my fingers instinctively found their place on the keys. They involuntarily tapped out “Hello my name is Peter..” as fast as they could before my index fingers rested again on the F and J keys.

The keys felt good. They were quick with a decent amount of travel for a keyboard of it's size. I pressed the red metalic “on” button and my fingers impatiently drummed on the table as the Freewrite Traveler booted for the first time.

And so the journey begins. 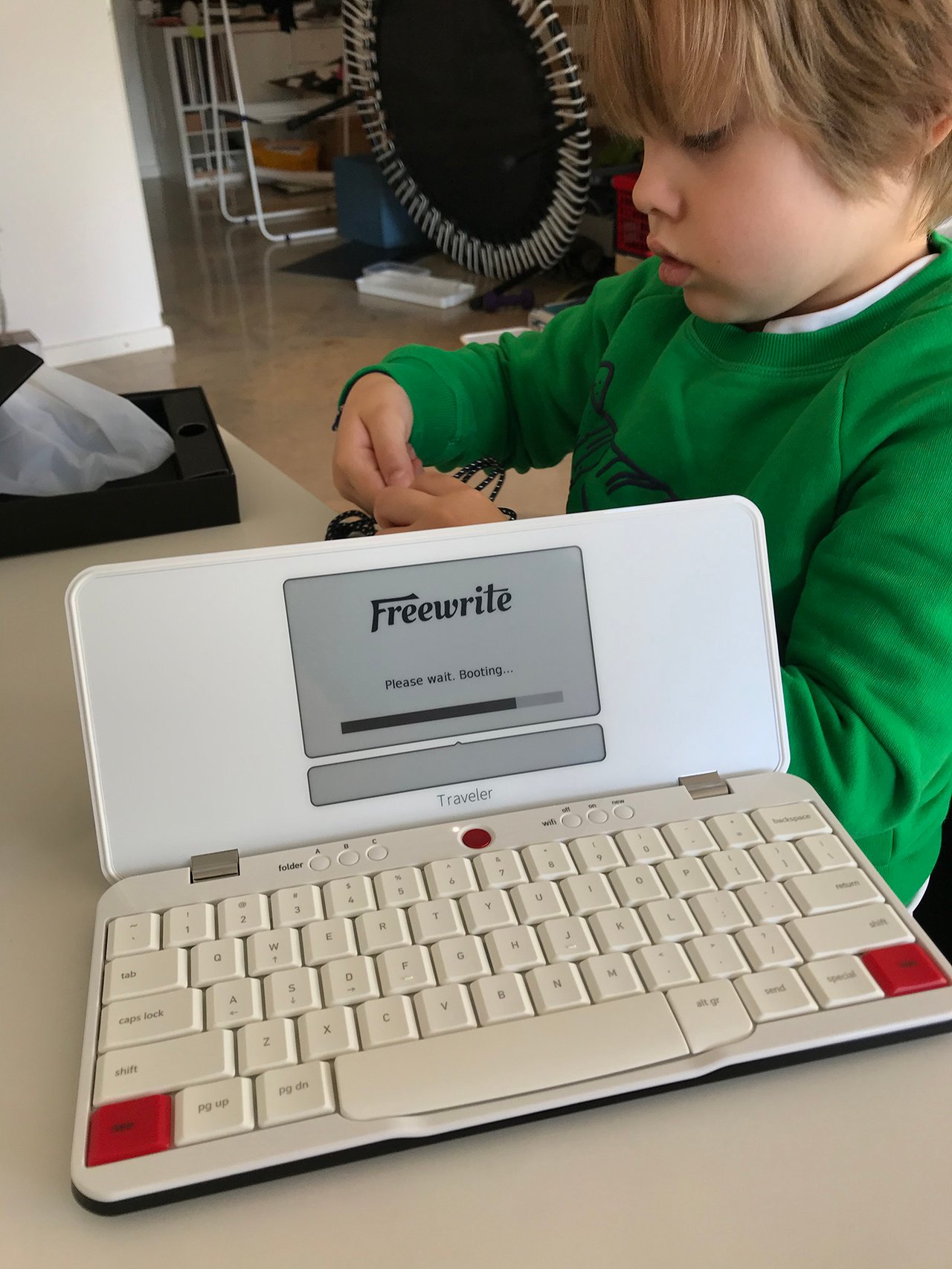